Acasă English Culture The Romanian documentary ‘Acasa, My Home’ was reviewed by LA Times as... 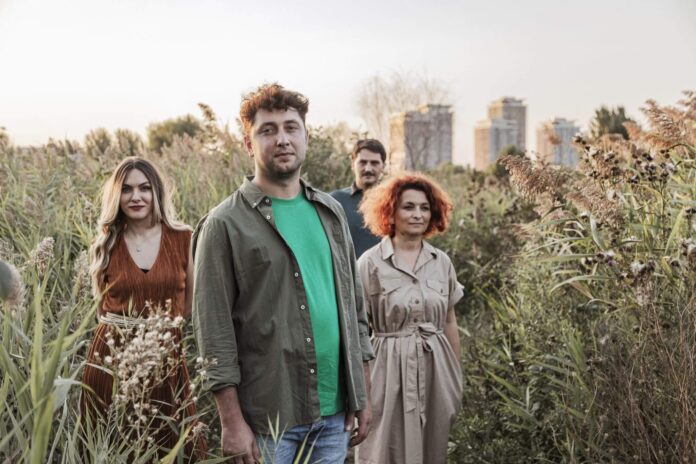 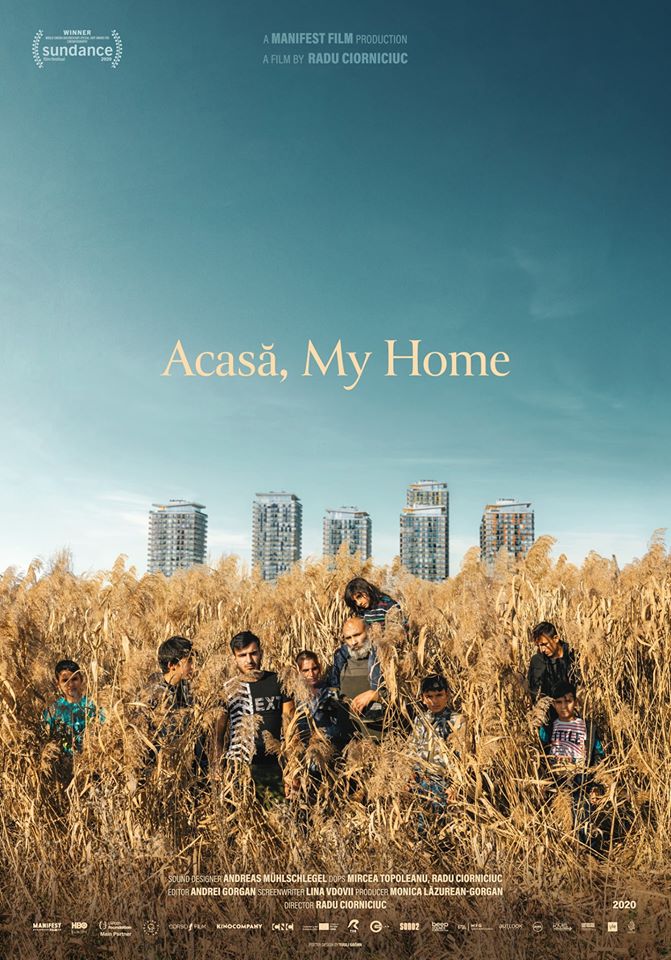 ‘Acasa, My Home’ movingly explores the tug of war between nature and civilization. A family’s dispossession to make way for a nature park is the subject of this Romanian documentary, as reviewed by film LA Times critics. The US premiere is scheduled for January 2021 where ACASA is represented by Zeitgeist Films, in partnership with Kino Lorber.

Filmed over four years, “Acasa” tells the complicated, bittersweet story of Gica’s defeat. When the Romanian government designates the area as a protected nature park — reportedly the largest in a major European city — the Enaches are forced out.

A family’s journey of culture shock that sprawls over many years and different members’ lives, “Acasa, My Home” concerns what lack of freedom comes with being quote-unquote civilized. Director Radu Ciorniciuc has assembled a chronology of what happens to a family when they are removed from their secluded world on a Romanian marsh, after bureaucracy turns their land into a state park and forces them to relocate to the city. As some family members’ lives change drastically in the doc’s 86-minute run-time, the film wrestles with what is natural about keeping up with modern society.

Tucked inside Bucharest, Romania, is the largest urban nature preserve in the European Union, the Văcăreşti. Initially a failed development project under Nicolae Ceauşescu’s dictatorship, in the post-communist years the abandoned, dike-ringed artificial lake transformed into a burgeoning ecosystem. Just another encouraging lesson in how tampered-with nature, when eventually ignored by humans, will right itself. 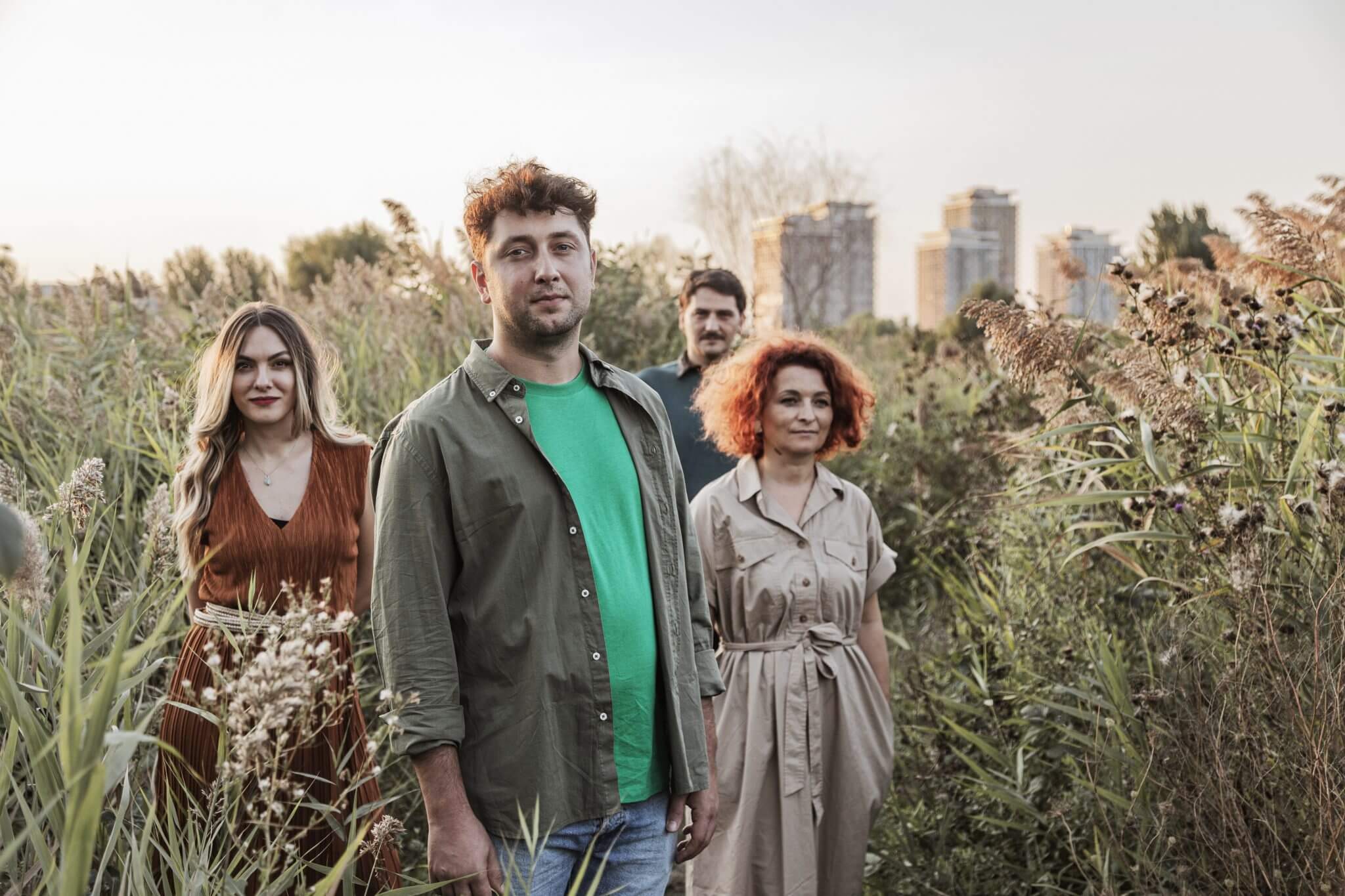 Some of society’s fringes made their homes in the wetlands, however, and one Roma family in particular — the Enaches — took it upon themselves to work in concert with the city to help protect it, a tacit agreement that allowed them a measure of undisturbed freedom. But as Romanian filmmaker Radu Ciorniciuc’s powerfully empathetic documentary about the Enaches, “Acasă, My Home,” shows, the tug of war between nature and civilization, even when well-meaning, doesn’t always do right by those who live in between.

An investigative journalist making his first feature, Ciorniciuc filmed Gică Enache, his wife Niculina, and their nine children over four years, a time during which the establishment of the Văcăreşti as a protected park would spell the end of the family’s two decades there, requiring their forced migration and turbulent integration into the jungle beyond the concrete that demarcates the preserve.

In the beginning, to see the buildings in the distance when the family’s oldest, a teenager with a sweet smile named Vali, is fishing, seems almost unreal. It’s a contrast Ciorniciuc makes even more visually explicit early on in a breathtaking drone shot that starts at ground level as the Enache kids kick a soccer ball outside their ramshackle lakeside hut, then shoots straight up to reveal just how close this marshy, biodiverse world is from a teeming city.

For all the ways epic drone shots have become a scene-setting cliché in documentaries, the vertical use of it here is stunningly purposeful thematically, like Google Earth in reverse, a history of “progress” in one shot. (Ciorniciuc and Mircea Topoleanu won the world cinema documentary special jury award for cinematography at last year’s Sundance for “Acasă.”)

Mostly, though, the camerawork is of the intimate, artful, verité kind — reminiscent of reporter Katherine Boo’s vivid, humane writing about the impoverished. At first, it’s in the service of capturing the clan’s rough, independent and often playful existence in the wild, one that does its best to keep the outside world at bay.

The „hero” of the film, it should be noted, is a social worker named Mihaela. She helps keep the family—and the bureaucrats—in check.

But when their shack is finally torn down — the city sticks them in a cramped apartment, and the kids are put in school — the pressure to assimilate creates fractures in the tightknit family. Equally proud as both an outsider and domineering patriarch, Gică lashes out at Vali, whose growing consciousness toward what he’s been denied for so long — an education, friends, a girlfriend — comes out as rebellion. But for Vali’s brother Rică, who misses the beauty and bounty of the Văcăreşti, the city is like a “prison,” he says. “Are we supposed to eat concrete?” (It’s a tart-tongued family; in one scene, there’s a hilarious exchange of insults between Niculina and a bigoted neighbor).

Needless to say, the point of Ciorniciuc’s immersive, lively, warm and heartbreaking film is not to see the Enaches in the park as total paradise and their stab at urban living as some terrible detour into restrictiveness. “Acasă, My Home” is much more complicated, as any thorough portrait of our modern world is when progress is a balance between old and new ways and people like the Enaches find their notions of survival and independence challenged. When Vali begins work on one of the Văcăreşti’s new nature trails, he’s asked by a colleague if he’s sorry he left. There’s nothing more human than how he responds: “Yes and no.”

Lack of good nutrition is the reason for many diseases and...