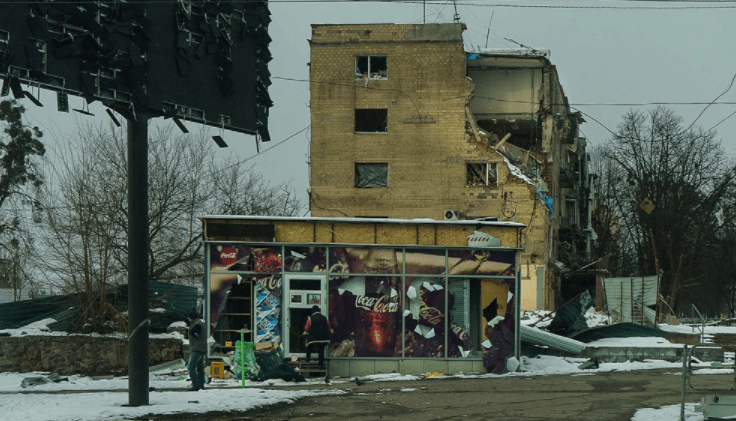 Larissa Chuprina was born in Kharkiv, Ukraine, the second largest city which was bombed these days. After weeks of bombardment, about two dozen miles from the Russian border, people continue to hide underground. She now lives in Kirkland, WA and continues to be connected with her relatives. All she sees is an unjustified war, especially in Kharkiv, the most concentrated multicultural community living together for decades, Russians and Ukrainians.

Tens of thousands of the city’s residents have fled west to comparative safe spaces like Lviv, Ukraine, or into bordering countries like Poland and Moldova. Residential neighborhoods and its historic downtown have been targeted, and at least 48 schools have been destroyed. Residents are left with no heating in sub-zero temperatures amid relentless shelling and missile strikes.

How are you doing since the war in Ukraine started, especially when your native city Kharkiv is bombed so heavily?

Larissa Chuprina: Maybe I am a little too optimistic but I am hoping for the best. Kharkiv is the second or the third largest city in Ukraine. Before the war there were about 2 million people. The most beautiful city, always clean, always supporting of the neighborhoods, people always participated in beatification of the city. It has rich historic traditions. Historically, it was called Slobodjanchina, which means Freedom Land. People are freedom loving. We were very hospitable, always opened to different cultures and traditions. It was a very multinational and multicultural city, mostly Russian speakers. But now they started learning Ukrainian in school, so young people speak Ukrainian too.

How about Putin’s claim that he’s protecting Russian speakers?

Larissa Chuprina: The war is not justified, especially in Kharkiv. He might claim it for Lugansk, Donetzk in Donbass where we had a war for years but not in Kharkiv. I talked to my family. My cousins and my beloved auntie are now in Kharkiv. My aunt had a stroke last year, so she can’t go underground to hide. Her daughter, my cousin is staying with her in the apartment on the seventh floor, in the city that is now being bombed.

I called her several days ago and I was crying because I didn’t know how to help and I was worrying but they were comforting me. They told me to stay calm, they believe that this will end soon. All my friends and family sent love and happiness to everybody and a message to everyone to come to mind, and to come to some peace negotiations. In the Eastern part of Ukraine people live on the both sides of the border.

I also have a brother in Moscow and his mom is from Ukraine, so really, we want to bring more unity and peace. Hatred never resolves any issues. We want to keep a friendly relationship with Russian speaking people wherever they are: in America or any other countries in Europe. They are not who started the war. We need to differentiate politics from people. The Russians are suffering just like Ukrainians. I keep seeing pictures of the soldiers who were sent by the Russian side. They are children, looking like they are 16-year-old boys. They are scared, they didn’t even know that they were sent to war. They were told that it was just training.

I also heard a story from my other aunt. They went to the country side to hide from bombardment in Kharkiv and they found an injured Russian soldier in one of the houses, bleeding and without an arm. So, they picked him up and brought him to the hospital because he couldn’t even walk, his leg was torn apart too. He was a very young man. I hope for compassion. Love will prevail, not hatred. We are all humans. We all want the same from Mother Earth.

How are you coping?

Larissa Chuprina: It’s hard for me to concentrate. But I pray. I went to church and I lit a candle for all parties to be peaceful. Sometimes I don’t understand why things happen but I know that in the end God has a plan. 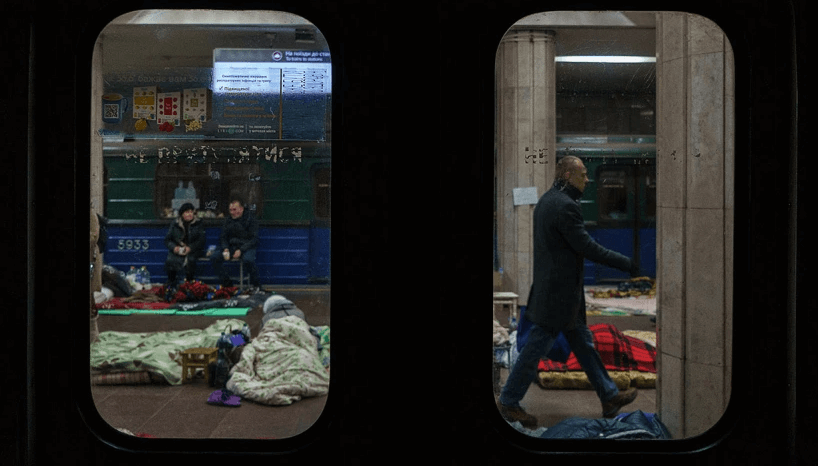 Larissa Chuprina: I want for the world to wake up and to see the humanity in everyone. Try not to put animosity between nations and countries on the basis of nationality, differences in color of their skin or religion. We are all human race. If we are looked upon from the distance, they are no differences. We can always support each other and be a prosperous society if we unite. I’m for peace. I believe if you believe in peace you can negotiate. Russia is a very powerful state, and their Army is powerful, so we need to listen to what they require so they feel safe. Maybe, we don’t need NATO going into Ukraine, and send armament. Stop the war.

Would you feel safe now after the war started if Ukraine is not part of NATO?

Larissa Chuprina: If Russians say: “No more weapons.” Then the bombing will be stopped, that’s what I think. Maybe that is the solution: not to push countries into war. Maybe, it was provoked, and it could be avoided. I always believe in negotiations. I’m a communicator. You need to find proper words but also backed up with action. We are not a threat to Russia. Love, Peace and Faith.

„The Russians say they protect us. From whom? Did anyone ask to save us?”

„How to separate us when grandkids have both Ukrainian and Russian blood?”

Lack of good nutrition is the reason for many diseases and...