Acasă English Economics The secrets of truck business success, a story about the American Dream 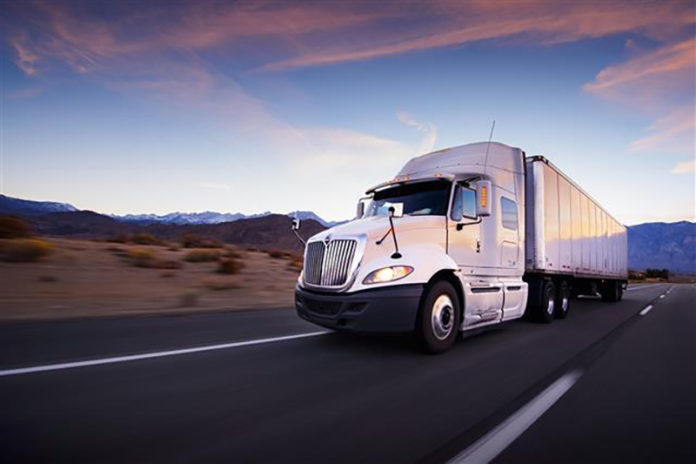 In Chicago, also known as the capital of the Balkan trucking industry, there is one name that everyone, regardless of their religion or nationality, utters with respect and admiration, that name is Radovan Roy Dobrašinović.  It is said that he was among the first ones to arrive to these lands, but as he ‘’broke the ice’’ he also paved the road for those who came after him.

In 1997, when this city of Bar native and part of Vasojevic tribe, stepped onto American soil for the first time and proudly claiming to be a Serb from Montenegro, there were no immigrants in this line of business, especially not from Eastern and Southeastern Europe.

He began his trucking career in Akron, Ohio, the birthplace of basketball king Lebron James, and 23 years later became the indispensable business partner of the trucking industry in the US. This story is about him, and his practical guidance on the topic of How to make the American dream come true when you have absolutely nothing except deeply rooted life principles brought from the homeland and an immense desire to succeed.

“I started driving trucks in 1997 and opened the company in Chicago two years later.  Back then, there were no Poles, Serbs, Lithuanians, Bulgarians, Macedonians, Romanians and other Eastern Europeans in this line of business. “Compass” is the first company whose proprietor originates from our region of the world that has started a trucking business in America. When I got here, there were no our people in the trucking business.

Why did I get behind the wheel? Honestly, being aware of the fact that every start in life is difficult and the circumstance that I did not speak English very well at that time, I was under no illusions and did not harbor false hopes of becoming a lawyer, banker or a stockbroker on Wall Street.  I simply got into a truck cabin and made my plan. I worked really hard, and my hard-earned money I refused to spend on expensive cars or lavish outings, I saved every penny and invested it back into the business”.

He bought the first truck a year after entering the business and approached the ever-growing market carefully one step at a time by using this period as a perfect opportunity to further raise capital. Thanks to his vision from day one, his Compass Holding company has a multimillion-dollar business and successfully collaborates with over 2.500 companies, 50.000 truck drivers, has a fleet of over 6.000 trucks and trailers for sale and rent, and his Holding financial group is currently financing operations in the transportation business of over $ 140 million.

Furthermore, his business has expanded to 10 US states. As he proudly points out 60% of 300 employees who are working in his headquarters alone are from our region of the world and were given the opportunity to work in several of his sub-companies in the sectors such as insurance, business financing, entrepreneurship assistance, hands-on training in several aspects of the business, but most importantly help to facilitate the most favorable credit terms for individuals buying or renting trucks and trailers.

“One of the principles I adhered to was that I never portrayed or saw myself as a person who knows everything; I strongly believe that kind of vanity is dangerous both for business and personal growth. I always respected and listened to my business partners, the competition, anyone who could give me precise and accurate information. There were some bad days when the market was heading for a downward spiral, but I never considered giving up. There are two rules in my company. The first is, “Never give up!” And the second: “Remember the first rule! ”says Radovan Roy Dobrasinovic.

For the past year and a half, the transportation industry has been shaken by the crisis, which can be seen by the number of companies shutting down. Dobrasinovic, however, says all this has been previously seen… This is not a so-called ‘’crisis’’ or a calamity, this is just a ‘’market correction’’. For over 20 years, as long as I’ve been in business, the market has always fluctuated – it has gone up and it has gone down, it’s a simple rule that keeps repeating itself. Every 5-7 years, those who do not play by the rules and cut corners are out of business.

Dedicated and smart businessmen prepare for the worst of days while reaping the benefits during the best of days. When a person is honest and just with others as well as themselves, there is always a way to get out of a disadvantaged situation with or without someone’s help. A crisis can also be a good thing, in times as such you can clearly see who your loyal and reliable partners are.

There are people who are quick to forget what loyalty means and get into business with other companies just “for a dollar more and empty promises”, but when they realize they have fallen for the deceptiveness, that is when their panic mode sets in. We haven’t felt the so-called ‘’crisis’’ and that is simply because we organized ourselves on time thus reducing our business risk to a minimum.

Poor management is the main reason for companies closing down over the last two years. People were taking loans without collateral and a concrete payback plan; they were buying trucks, trailers as well as expensive cars and other elements for a luxurious and lavish lifestyle. Instead of renting trucks until they have made a substantial amount of money to support their spending and ensure paying back their credit, their thought process was more along the lines of ‘’Let’s get a line of credit and we’ll think about a payment plan later’’. 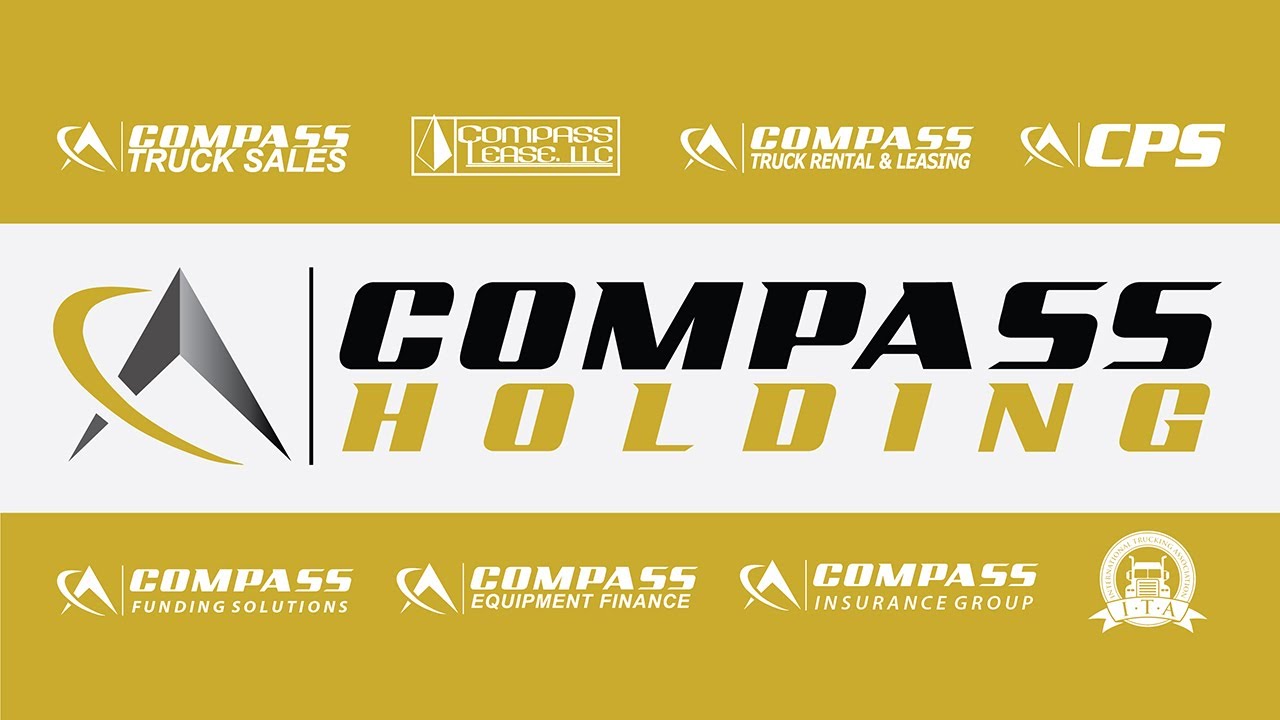 Once faced with a reality of loan payback, they hastily hire inexperienced drivers who in turn end up having a traffic accident destroying the truck itself and the end game is that they no longer have a financial capability to pay back the credit loan.  All this happens because they were out there to make a ‘’quick buck’’ and instant success. That kind of approach and state of mind is a reason behind their reckless decisions as well as the overestimation of their creditworthiness. And of course, once their assets are confiscated it is ultimately the fault of the bank and not their mismanagement.

The United States rests and depends on its insurance system, it manages and steers the whole of the economy. That was the case when I started, and it remains so to this day. When I realized that fact back in 2008, I expanded my focus from the trucking business towards insurance and started to further build my company around that pillar.

Everything that I have experienced in life and the lessons I learned from them I have applied in my business practices. For that exact reason I always listen to my clients carefully, I am part of the trucking industry business, therefore, I am aware of the industry-specific problems and hardships they are facing, this is exactly why I make sure that our offers are adjusted to specific needs that in turn offer a solution and ultimately help them.

At the end of every month, my clients send a report that determines the number of their insurance dues which average anywhere between $5,000 to $7,000 per truck. We have created a formula that accurately determines the payment therefore the client is aware of it at any given time. This system is excellent for the ‘’cash flow’’ component, and our accounting department is a stress-free zone because they don’t have to deal with the so-called ‘’insurance nightmare’’.

In order for this key segment of the insurance business to function properly, it is of the utmost importance, according to Dobrasinovic, to ensure high “safety standards” in terms of vocational training and thus minimize the risk of accidents and damage. All the companies in our Association enter into a standardized training system.

Our safety training is not a few emotionlessly spoken sentences that the drivers listen to, but a serious training after which you are ready for all the enticements that one can anticipate on the road. We aim to pass on all of our road experiences to the people who are our partners, most of all to drivers and safety managers.

Our insurance company is successful due to the sole fact that we wholeheartedly invest a lot in the training processes. This kind of practice is a painful point for most of our companies. I can freely say that for every dollar you invest in safety procedures you will get back a 10 fold. The problem with some failing companies out there is the fact that they want that instant success and to ‘’get big’’ overnight. That is simply not possible or achievable. One of the best words of wisdom in the business world that I heard were: “Never give up success in the long run for a quick profit.” 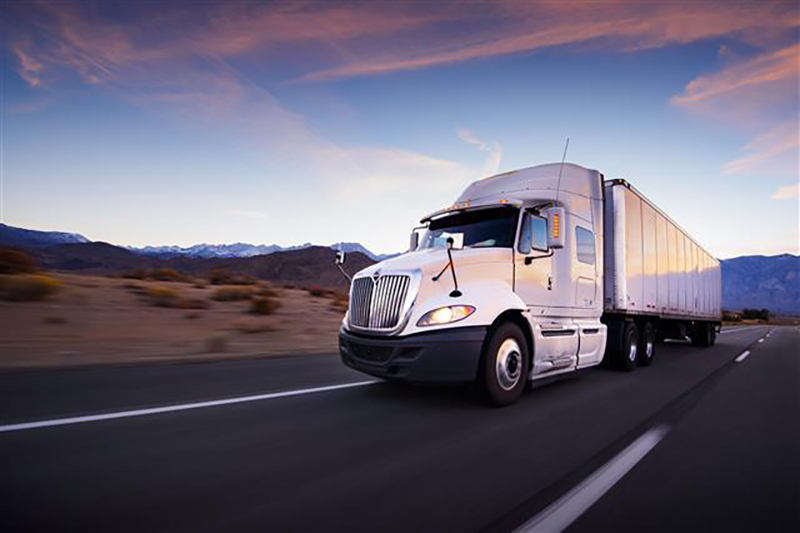 I organized my business with a strong approach and every day I pray to God that my partners make as much money as possible, because that means that I will profit as well.  If everyone around you is successful, there is no chance of failing.

Unfortunately, few people think this way. The golden rule is to never exploit one’s ignorance but to watch people and learn as much from them as possible.  It is easy for someone who does not understand trucks to buy a ‘’lemon’’ from a dealer for an obscene amount of money, but sooner or later that person will understand the fraud they have fallen for and you will lose that customer forever.

In my two years of living in Chicago, I heard numerous stories of people to whom my interviewee has helped buy their first truck, pay back debts, even build entire empires of their own, but when I mentioned that to him, he just shrugged it off … When helping one another is involved it is usually a matter of personal sympathy, like or dislike, but in order not to have it rooted in that fashion I have decided to establish a professional network by starting the Association, where every partner who respects the rules of the game can expect to share success.

We help the clients open their company free of charge, teaching them along the way everything from how to choose a truck to how the insurance system works.  I make sure to wholeheartedly advise the person not to make the mistakes I have made. I often tell them:“It’s easy for you, you have Roy, and I didn’t have anyone when I first started off.”

When I think about all the mistakes I have made along the way and the amounts of money I have lost in the process I could have paid for a Harvard education three times over’’, Radovan Roy Dobrasinovic, Serb from Montenegro, owner of one of the largest private transportation companies the US, giddily reminisces about his start-up days.