Romanian-born photographer Mihaela Noroc has been photographing women around the world for the last four years. She’s captured portraits in close to 60 countries from Afghanistan to  Iceland. Noroc is calling her project The Atlas of Beauty, and she’s planning on publishing a book of her photographs this year. She is being followed by over one million people on social media.

„I’m a 33 years old photographer from Bucharest, Romania, but I spent most of the last 6 years traveling in different countries of the world.

My father is a painter so since my childhood I was surrounded by colours. When I was 16, I discovered photography but, unfortunately, in the next years I couldn’t make a living from it, so I had to work in other fields, where I could earn a decent income. Traveling during vacations as a backpacker, in different parts of the world, made me discover the diversity of our planet. So when I was 27 I decided to quit my ordinary life in Bucharest and put all my efforts and savings into travel and photography. That’s when I created The Atlas of Beauty.

In time the project became very popular all around the world, but today I believe I’m the same ordinary person like 6 years ago that loves to discover the unnoticed beauty which blooms in every woman.

I see myself like a normal woman, with ups and downs. I work hard for my dream, and, fortunately, this dream is very appreciated by a large audience. But there are millions of women in the world, that work even harder for their goals and their activities don’t seem so spectacular from the outside. I hope I will have the chance to photograph some of them for the project, capturing their inner and outer beauty and showing how special they are”.

Noroc got her first camera at the age of 16. Her first subjects were her sister and mother.

A 2013 trip to Ethiopia inspired her to return to photography, which she had abandoned after her teachers at university discouraged her from pursuing it professionally.
Noroc wanted her photos to be an antidote to the terrible conflicts we see represented in the media today around the world.
Noroc says she prefers photographing more natural faces without a lot of makeup.
„Through my camera, I try to dive into their eyes, because their eyes will always say an interesting story.”
In some places, though, she says talking simply becomes body language.
„… beauty has no bounds, and it’s not a matter of cosmetics, money, race or social status, but more about being yourself.”

„For me beauty is diversity and it can teach us to be more tolerant. We are very different but we should realize that we are all part of the same family.”

Noroc has come across much discrimination towards women throughout her travels.

She hopes that her photos will help to make a small change in the way that women are treated.

„I hope that the project will make more people understand that women deserve much more respect.”

Noroc is often asked why she doesn’t photograph men. In response, she says she wanted to focus on a single theme for her project.

„Of course men are beautiful too, but I chose to photograph women because I’m a woman too, I understand better their struggles and dreams so every photo that I take is also a way to know myself better.”

Noroc says we’re surrounded by beauty in our day-to-day lives. But sometimes we’re just too busy to see it. 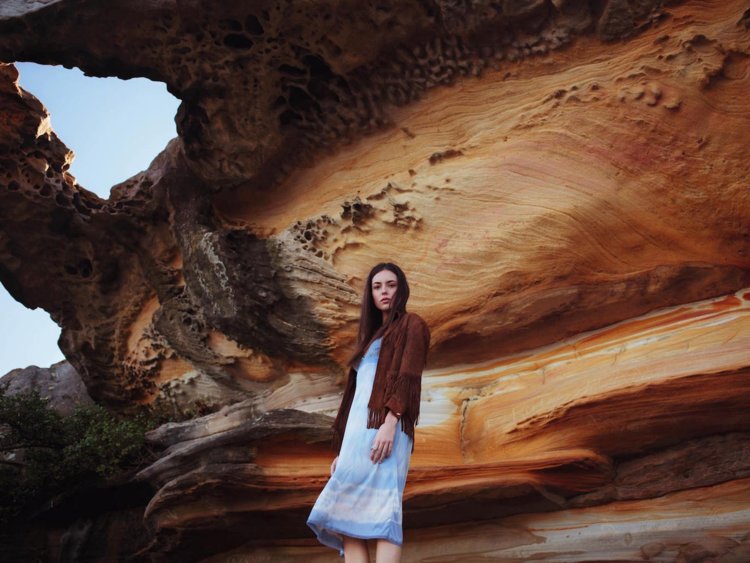